Your most important notice information for site visitors with a link can come here.

Why not come along and join Antony Pace in his well known and well supported Art Classes, everyone is welcome. 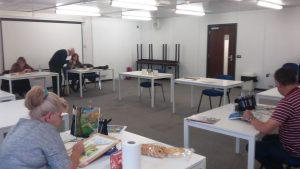 Anthony Pace, known as Tony, was born in Cairns, North Australia in 1939. His father was a Sea Captain taking ships from South America to Australia, working for Shaw Saville and P&O lines from 1922 until the early 1950s and served in the first and second World Wars in the Merchant Navy. His old friend in the early thirties was Count Felix von Luckner, the famous U-Boat Commander. They used to go shark fishing off the Great Barrier Reef and he became Tony’s Godfather. Tony came to Britain in 1947 to live with his grandmother. In 1954 he started at Newport College of Art and took his finals in 1959 at Cardiff College of Art. He also passed the entrance examination to the Royal College of Art in 1959 to study painting and illustration. Due to his mother being unable to obtain a grant for him to study in London for a further four years, it was decided that he should not attend. In July 1959 he was employed by the National Museum of Wales, Cardiff as a designer for Schools` Service, which included conservation work of fine art at Reading University. In 1964 he was approached by TWW Television in Cardiff with an offer of a position in their promotion department and he had a very happy time in those important years leading to the introduction of colour television. From 1968 until his early retirement in 1989 he was responsible for working on major films for Britain and America. They were very exciting years as he worked on some of the finest films to be made in Britain. With the advent of computer graphics he decided it was time to move on to what he was really trained for, i.e. painting. He started exhibiting with the Bristol Savages in 1985 and in 1986 in London at the Royal Institute, RBA and RSMA. He had one painting accepted for the Royal Academy in 1989 but not hung. He had a one-man exhibition in Bath 1990 that later toured Devon and Cornwall. He has paintings in private collections in France, Switzerland, America and Australia, including two owned by HRH Prince Philip, one by Princess Ann and another by the Lord Lieutenant, Sir John Wills. (A. P.) © The Bristol Savages 2011.

Here are some of Anthony’s paintings: 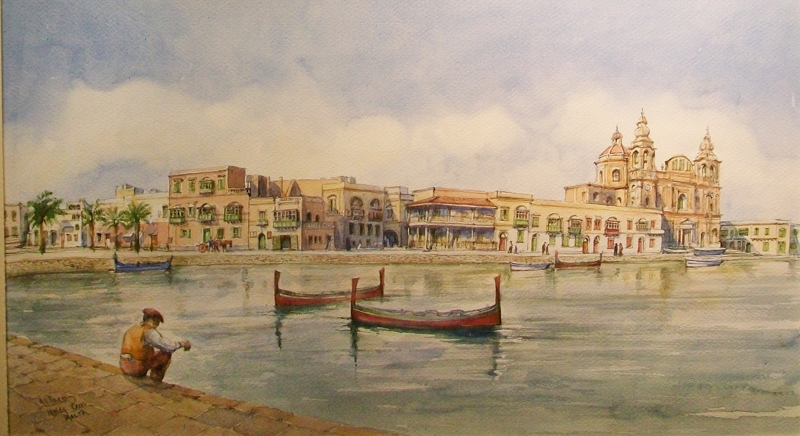 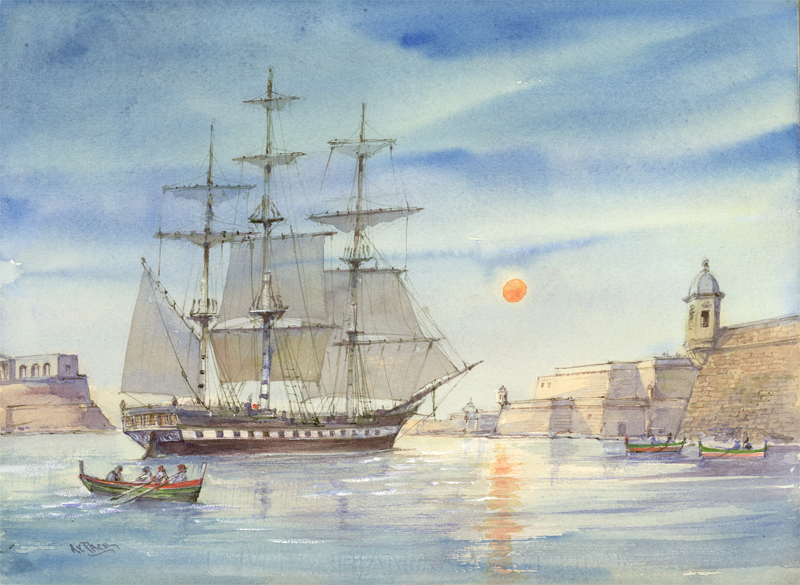 The National Library, Malta (above)
Nelson’s “Agamemnon” 64 Gun Battleship in Valentta Harbour Circa 1793-6 (below) 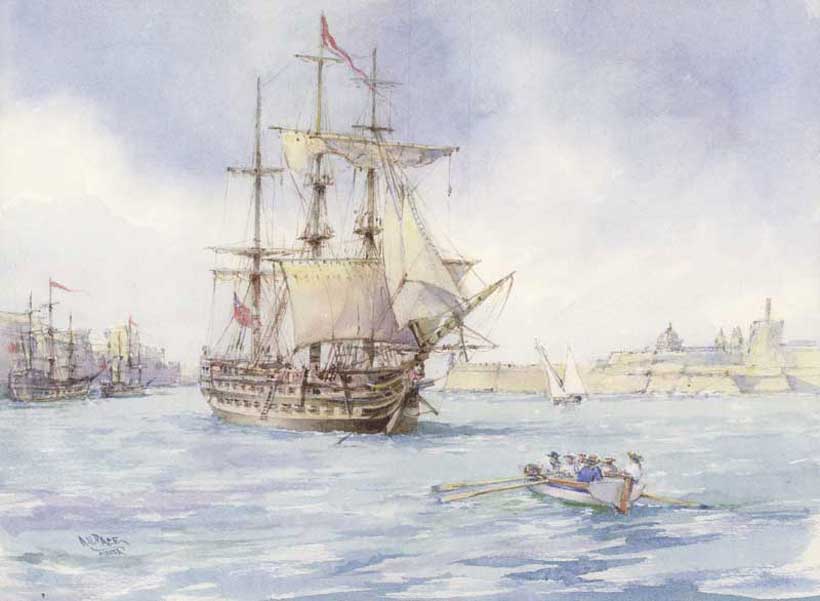 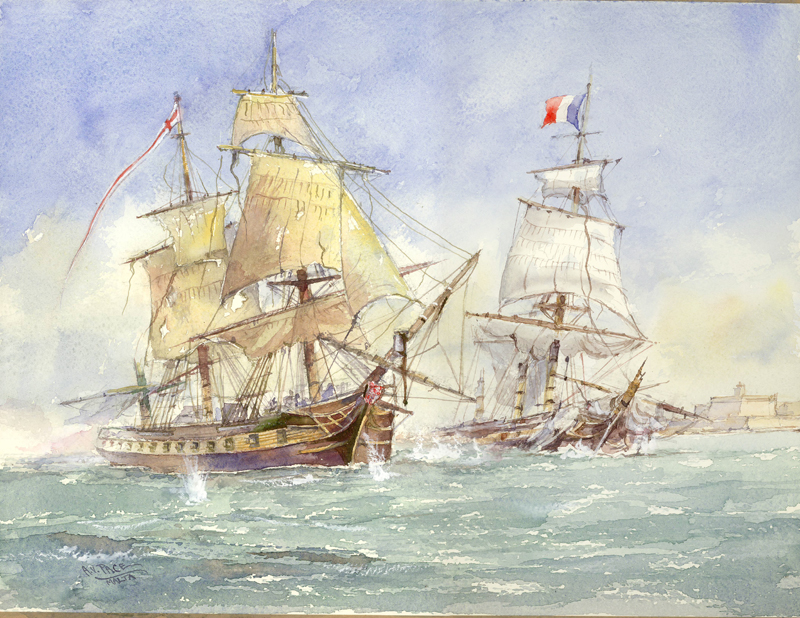 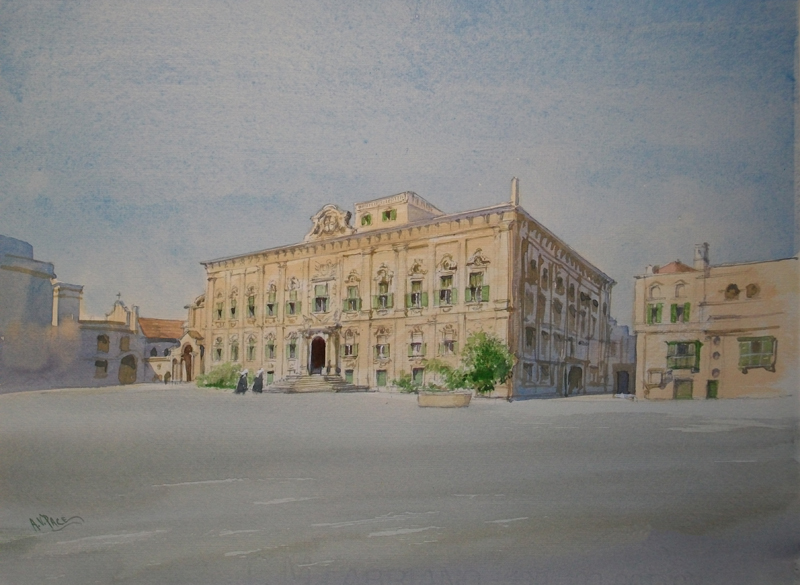 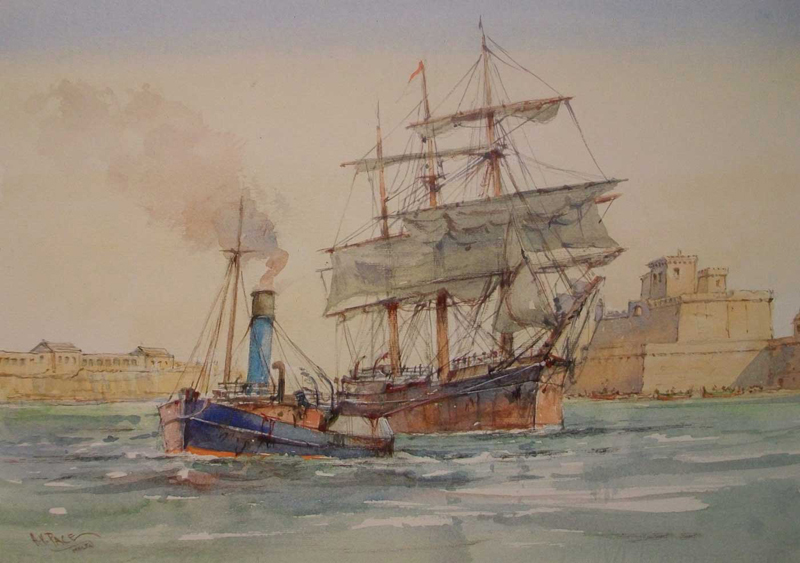